Two are better than one, because they have a good reward for their labour. For if they fall, one will lift up his companion. Though one may be overpowered by another, two can withstand him, and a threefold cord is not quickly broken. They have all laboured and they all stood the test of time. 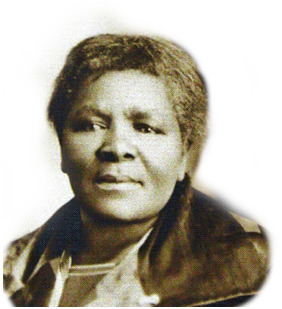 Richard Allen found the African Methodist Episcopal church in 1787.The church spread to South Africa and Africa .Today we are proud to reflect back on the magnanimous progress made by the church and Women's Missionary Society. Charlotte Maxeke (nee Mannya), was born at Ramokgopa in the then Pietersburg district on 7 April 1874. As a young girl she had a deep voice and she sang in many concerts and later joined a group of singers which later toured England. Two years later the group travelled to Canada and the United States where she was offered an opportunity for the university studying. She entered the Wilberforce University in Cleveland, Ohio- University which was controlled by the African Methodist Episcopal (AME) Church, a church run by Afro-Americana's.

As a student in the United States of America, she was attracted and loved the church which she embraced in the methodological way of knowing how to handle church business. In 1905 she graduated and earned a B.Sc. degree -perhaps the first woman from South African soil to earn a bachelor's degree. Together with her husband returned home to South Africa to establish the Wilberforce Institute, which got transformed into African style when the singing incorporated the drums-beats and the different musical instruments. The Institute later became one of the leading Transvaal higher schools of learning for Africans. She began active pioneering work in the African Methodist Episcopal Church, and she was then elected by the church as the president of the Women's Missionary Society.

The AME Church dogma never changed, and so was the Women Missionary Society. The history of the M M Mokone Women Missionary Society, as it dates back, had its profounded roots from its origin. The 15th Episcopal District of the African Methodist Church pioneered the birth of the 19th District of the African Methodist Episcopal Church. During this time, the society served as the West Transvaal Conference of the 15th Episcopal District under the leadership of mothers who served in various offices as follows:

Between the 1980 - 1984, in the 15th Episcopal District quadrennial, discussions were ongoing regarding the consideration of having the 15thDistrict divided to give birth to 19th District. In 1983 at the Annual Conference which was held in Potchefstroom, a resolution was taken that the intended division be carried out.

Furthermore at the Leadership Congress in the same year 1983, followed by the planning which was held at Namibia, at this session votes were casted, and all seven Annual Conferences voted in favour that the 15Th District be divided into 19th District. The division also gave rise to the emergence of other Districts for the 19th such as Kalahari and Queenstown Districts. The last conference attended was in 1983, where resolutions was taken that the conferences will be autonomous and should report their budgets separately.

In strengthening and growing the conference membership, as well as acquiring a significant identity that portrays honour and remembrance of the core founders of African Methodist Church after its establishment in South Africa, there was a need of considering the re-naming of the North Transvaal Conference. This was facilitated by various church organizations and culminated eventually into a decision taken and implemented that the conference be called Maake Mangena Mokone Conference in 1993.

This was the emerging and continued conference work activities to date as we currently serve.The WMS Uniform called the missionary was also different as the designer recommended the gown which of course was like the gowns worn by the choirs in United States of America. The difference was that it has the gown which was adorned by the leopard skin hat and a triangular collar and a Women's Missionary Society pin.